Beans and rice are a staple in our house along with cilantro and limes. It’s pretty rare we don’t have them all, so this One Pan Cilantro Lime Rice (with Black Beans) recipe was simply a must-try. And since I love all these things on their own, how great is it to have them together??!!

This post was originally published on August 9, 2017. The text and photos were updated on August 17, 2021. The review and rating have not been changed.

One Pot Cilantro Lime Rice (with Black Beans) simmered with jalapeños, green chilies and red onions spiked with cilantro and lime for the most satisfying Mexican rice you will want to serve with everything. Or with nothing because it’s cravilicious all by itself.

Recipe Author: Jen at Carlsbad Cravings
Get the recipe

As I mentioned earlier, beans, rice, cilantro, and limes are household staples. I also happened to have the olive oil, cumin, chicken broth, and butter on hand.

I only had to buy a few things to make this dish: red onion, jalapeños, and canned green chiles. None of them were difficult to find or expensive. That’s one of my favorite things about meatless meals!

No special equipment is needed, which is always a good thing in my book. The prep and cook times were both accurate (10 and 20 minutes, respectively), making this dish very quick to make in 30 minutes.

The mix of fresh and canned ingredients helped speed things along—always a plus in my book. I did some measuring and chopping, then I got to cooking.

My first instinct was to make this in a large saucepan or a saute pan, but the instructions said to use a large nonstick skillet. It was a perfect size and made the first few steps (sauteeing the vegetables) easy. It also meant I had to carefully everything after the rice was cooked, but things worked out just fine.

I included the optional tablespoon of butter in the ingredients photo, but I ended up not using it. The rice didn’t dry out during cooking, and I didn’t see the point in adding extra fat and calories for very little extra flavor. Trust me, this One Pan Cilantro Lime Rice already has tons of that!

The first time I made this recipe, I served it as a side with skirt steak that had been seasoned with Toasted Cumin and Black Pepper Rub (recipe below). Since then, I have made this recipe many times, and it also goes well with chicken.

It’s also very versatile and a great way to use up leftovers. The accompanying post notes that you can add cheese, sour cream, salsa, or sliced avocado to the finished dish. It also mentions cooking it with diced tomatoes, which is something I highly recommend!

One more thing to note is this recipe makes a wonderful meatless meal all on its own. This recipe is also vegan-friendly, just sub in vegetable broth and vegan butter. 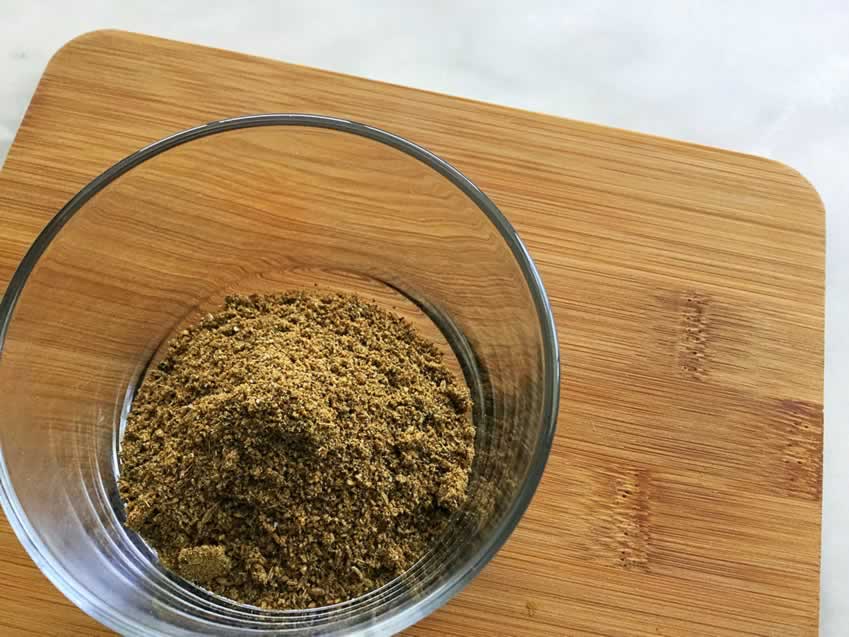 The Hungry Pinner
This toasted spice rub is an easy way to add flavor to beef and chicken. Make up a batch, and keep it in a sealed container so it's handy for quick dinners.
Print Recipe Pin Recipe Share on Twitter Share on Facebook
Servings 4

Adapted from The National Chicken Council

Load more
The taste of the peppers and onions was very subtle. I mostly noticed the cilantro, lime, black beans and rice. I also tried it with and without adding extra salt and enjoyed it both ways, although the cilantro taste was more subtle with salt added. This is a savory side dish that is flexible enough to pair with meat or fish and can even be eaten on its own.One Pan Cilantro Lime Rice (with Black Beans)
Hungry PinnerPin, Cook, Eat, Review