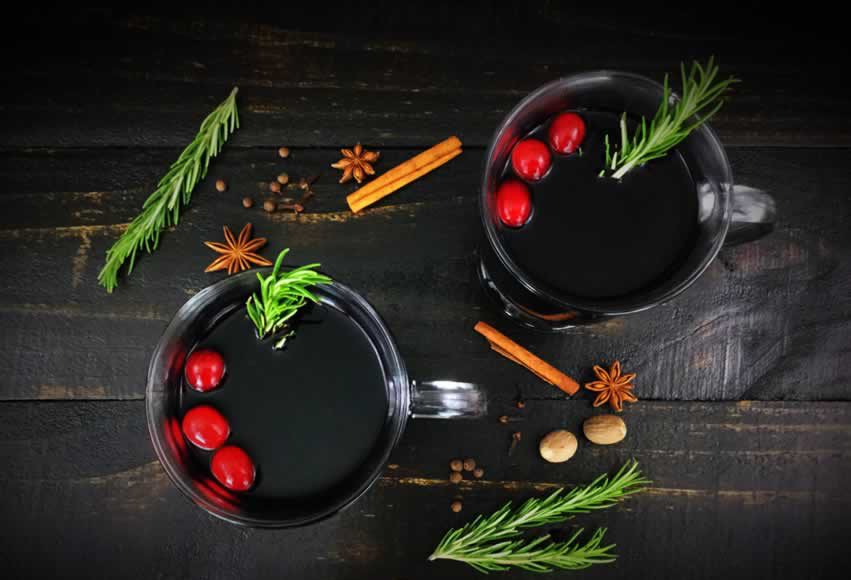 With all the cooking that happens from Thanksgiving through Christmas, it’s easy to forget drinks, whether they’re alcoholic or not. Let’s face it, the food is the center of attention for those few months, and with good reason. Gatherings of 8 people or more are pretty standard for my family, so making a drink for each person is a little tough. This mulled wine recipe caught my eye because it sounds like an easy way to please a crowd, and I’m imagining how good the house will smell while it simmers in my crockpot.

Slow Cooker Mulled Wine ~ this warming winter cocktail scents the whole house, and guests can help themselves! Let’s get this party started!

Recipe Author: Sue at The View from Great Island
Get the recipe

There are two versions of this mulled wine. The author says she serves the main one for harvest festivals, which I took as fall holidays, especially Thanksgiving. She also included a holiday version, which is the one I decided to make. This version omits the clementines and adds cranberries, cranberry juice and rosemary with different garnishes. I had the brandy, vanilla beans, and some of the spices on hand, so the most expensive thing I had to buy for this recipe was a $10 bottle of cabernet sauvignon.

This mulled wine recipe was easy to make. I put the sugar and water into my crockpot then did my prep work. I measured the remaining ingredients and opened the bottle of wine. The sugar was mostly dissolved by then, so I added the other ingredients to the pot and waited for the mixture to start simmering.

I waited for a very long time. Simmering is just before the liquid starts to boil, and there are a few bubbles popping up. I didn’t think it would start bubbling quickly since crockpots are designed to cook at low temperatures, but it took waaaaay longer than I anticipated. The recipe doesn’t specify putting a lid on the pot, but I added it after about 30 minutes because I was getting impatient.

The mulled wine was warm, but I still hadn’t seen a single bubble even after 1 hour. I gave it 15 minutes more, then I gave up on simmering and switched over to warm for another 30 minutes. The mulled wine was nice and warm by that point, so I called it done.

Load more
Slow Cooker Mulled Wine (Holiday Version)Slow cooker mulled wine is the prefect holiday drink for a crowd. Heating the wine and brandy mellows the flavors and infuses them with winter spices. I think the clove is strongest, but only barely. All the spices harmonize beautifully, and this warm drink isn't too sweet or heavy. It's very easy to make, and it will make your kitchen smell delicious--No need for a simmer pot or scented candles!
Hungry PinnerPin, Cook, Eat, Review