Perfectly Tender BBQ Ribs Recipe That Will Rock Your World 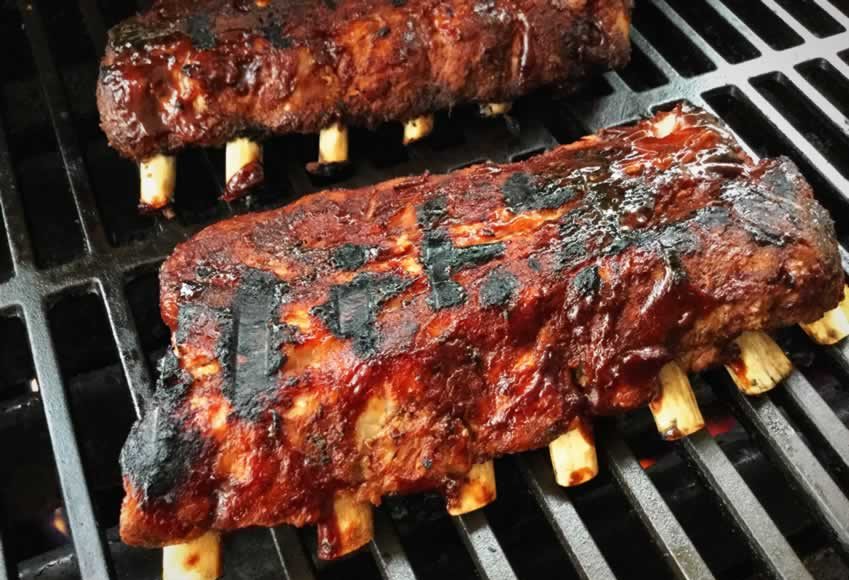 I grew up with a dad who was a barbecue aficionado. He traveled all over the country for work, and he could tell you the best BBQ joint in almost every city he visited. And he could make some BBQ ribs! He always told me cooking them on the backyard grill wasn’t “real” barbecue. Okay, but those ribs he made were really delicious!

I’ve been thinking about his ribs with July 4th coming up, and I found a recipe that sounded like something I could handle (I’ve never made ribs before). I was skeptical about barbecue in a crockpot and finishing them on a propane grill, but I had to try.

Not only is my recipe for perfectly tender ribs easy, it’s also reliable so you will cook tender, finger-licking ribs every time.

Recipe Author: Amylu at Making Motherhood Matter
Get the recipe

I had everything listed for the rib rub in my pantry, so all I had to pick up was the ribs, limes, and beer. My husband and I aren’t Corona fans, so I made a trip to Total Wine so I could buy a single bottle. Turns out I picked the perfect day since they were having a tasting for a new Mexican style lager called Sesión. It was comparable to Corona but had a lemony finish I thought would go well with pork. I left with a six-pack.

Prepping a rack of ribs turns out to be very easy. All I had to do was cut it in half and sprinkle the mixed spices over it. It got a lot harder after that. Kidding! Next, I just had to throw the ribs into the crockpot with some beer and lime juice, set the timer, and wait. I turned them a few times, and my kitchen soon smelled delicious. Almost torture for 5 hours!

Finishing them on the grill was super easy. I had my husband take care of that part right after I basted the ribs with store-bought sauce. He did say he thought the ribs might fall apart when he turned them, and some bits stuck to the grill. Fortunately, he isn’t too proud to admit he didn’t grease the grate, and that probably would have prevented the minor sticking.

Just add a couple of baked potatoes, a salad, and a pitcher of blackberry mojitos to these BBQ ribs for a summer cookout.

Load more
World rocked. Low and slow with a good rub and saucing at the end is how good BBQ is done. This recipe has all that. The rub had a slightly spicy kick to it, and the grill caramelized the sauce beautifully. It took just under 5 1/2 hours from start to finish, but the vast majority of that time is inactive (cooking). The result was a rack of ribs that was juicy, tender, and falling off the bone with a taste that almost made me think they had been smoked.Perfectly Tender BBQ Ribs Recipe That Will Rock Your World
Hungry PinnerPin, Cook, Eat, Review