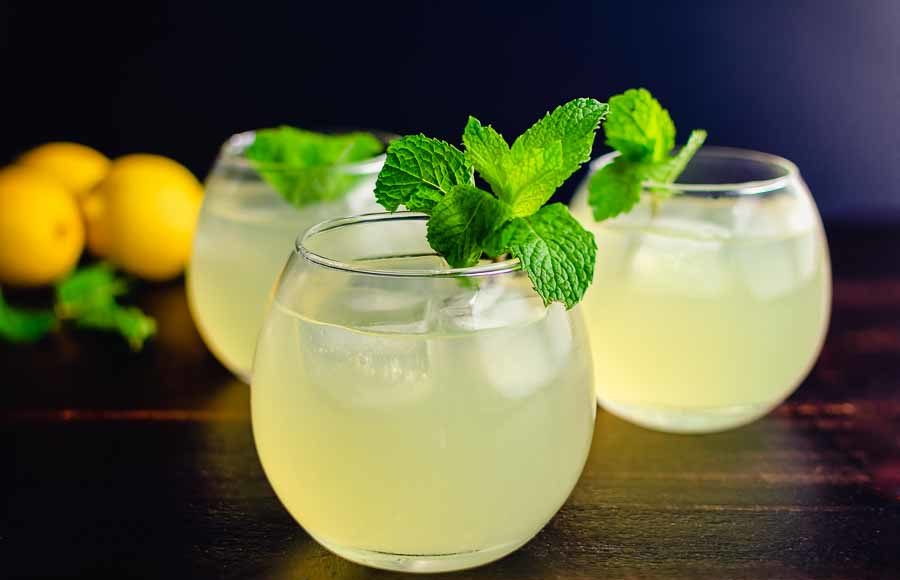 My week of Turkish food finishes up with Limonata or Turkish Lemonade. When I was trying to come up with a beverage to go with this theme, my first thought was Turkish coffee. However, I don’t have a Turkish coffee pot or the appropriate coffee cups, so I searched for something that wouldn’t require me to invest in new equipment. Not that I don’t want to, but I do like to keep things as simple and easy as possible.

This post was originally published on September 8, 2017. The text and photos were updated on August 4, 2021. The review and rating have not been changed.

Did you ever hear of lemonade that wasn’t sour? Take a sip of Turkish lemonade and you’ll be surprised at its refreshing lemon taste without the sourness.

Recipe Author: Elizabeth Taviloglu at The Spruce
Get the recipe

Four ingredients? Sold! Water? Check! Sugar? Got that too. I added a bag of lemons and a package of mint leaves to my already simple grocery list for the week, and I was done.

The limonata happened in two major steps over 2 days. Peeling the lemons and zesting the rinds took me 18 minutes. That was the first half of step 1, and I was a little nervous as to how long the rest of this process would take. It turned out not to be too bad.

I had completed step 6, refrigerating the lemon, sugar, and mint mixture, in 22 minutes, making the first part of this recipe 40 minutes long (and this is the bulk of the work).

Cut off both ends of the lemons. Using a paring knife, score the peel vertically. You’re just trying to loosen the peel so you can get your fingers underneath.

Use your fingers to remove the peel in as few pieces as possible. I was able to remove most in 1-2 pieces. 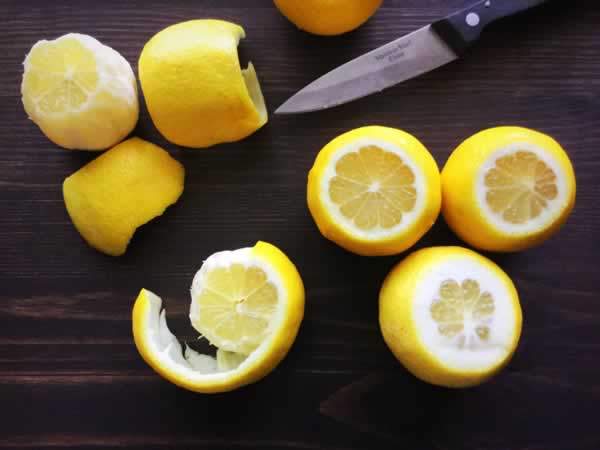 Take your time peeling the lemons. Remember the goal is to have large pieces to make it easier to grate (zest) them after removal. 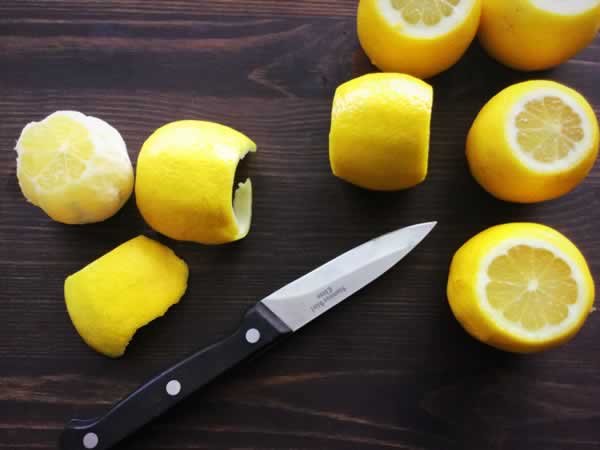 Straining the lemonade the next day only took 5 minutes, and I was able to do it by myself. A grand total of 45 minutes to make this lemonade was longer than I normally spent but so worth the effort when I finally got to taste it!

Load more
Limonata: Turkish LemonadeThis is the best lemonade I've ever had! It is very sweet, smooth and refreshing. It lives up to the author's claim of having no bitterness at all. There was just a hint of mint to it. I wan't sure how I would like it, but it really adds something to the taste. I can see limonata becoming a new addiction for me. And it makes a yummy cocktail with a shot of vodka added. Cheers to that!
Hungry PinnerPin, Cook, Eat, Review