Although it’s still warm in my area, I always feel the need to start making Fall and Winter recipes this time of year. It’s just ingrained in me. When I came across this Earl Grey Hot Chocolate I knew I had to give it a try. I love Earl Grey tea, and we always have some in the house. But mixing it into hot chocolate? Now that sounded interesting!

Recipe Author: Jee Choe at Oh How Civilized
Get the recipe

As I mentioned, I had the Earl Grey teabags or sachets as this recipe calls them. I also had sugar and salt and some leftover heavy cream. That meant all I had to buy was some milk and dark chocolate. Easy!

Unfortunately, I didn’t pay attention to the chocolate’s packaging. It was only 3.5 ounces, and this recipe calls for 5 ounces. I didn’t realize this until I was standing at the counter with a saucepan of milk and cream warming on the stove. Doh!

Making this Earl Grey Hot Chocolate recipe was simple, but I managed to mess it up. And it was not the recipe’s fault. Lack of sleep and lots of stress might have had something to do with it. I considered re-making it, but I decided not to. I didn’t have time, and I hoped someone could learn from my mistakes.

So I have the milk and heavy cream warming over relatively low heat on the stove. It’s only then that I realize I need more dark chocolate, and I panic a little. Then I do what I always do in these situations and search for a dark chocolate substitute.

I didn’t have time to properly research this (tick tock), so I took the first suggestion of using 3 tablespoons of cocoa powder per ounce of chocolate. I missed the part about adding extra sugar and butter. Not that I would have added butter, but the sugar would have been a good idea.

Still, I soldiered on, steeping the tea bags in the warmed milk, grating a little chocolate for the garnish, and finishing up the rest of the prep work. The tea was still steeping, so I moved on to the cream topping. And my second mistake.

I don’t have a milk frother, but the recipe notes said an immersion blender could be used instead. Great–I have one!

All I had to do was mix the remaining cream with some sugar for a few seconds, and I would have the topping. Sounds easy enough, but I overdid it. Maybe the immersion blender was too powerful? I honestly don’t know since I have never used a milk frother. It’s impossible for me to compare the two.

I ended up with something more like whipped cream than a foam topping. I hoped it would lose some cohesion while I finished the hot chocolate, but it didn’t. It still worked when I spooned it onto the finished hot chocolate, though.

The tea finished steeping a few minutes later, and I removed the bags and put the pan back on the heat. Then I added the chocolate, sugar, and salt along with about 3 tablespoons of cocoa powder.

The chocolate melted in nicely, but the cocoa powder created tiny little clumps. I decided to remove the bits of powder by straining it through a fine mesh strainer as I poured it into the mugs. It worked pretty well.

Then I spooned in the whipped cream topping and sprinkled on some of the grated chocolate. The whole process took me 24 minutes versus the 18 listed.

Desserts
These Beeswax-Infused Parsnip Candle Cakes were a challenging baking project that was very rewarding. I'm so proud and they were so good!
Read more

Beverages
It might be a little extra, but 'nectar of the gods' is a good description of this Pumpkin Spice Hot Chocolate--and it has real pumpkin!
Read more

Desserts
No-Bake Blueberry Orange Creme Brulee was everything! A hard shell over creamy vanilla-orange custard and blueberry jam beneath. So good!
Read more 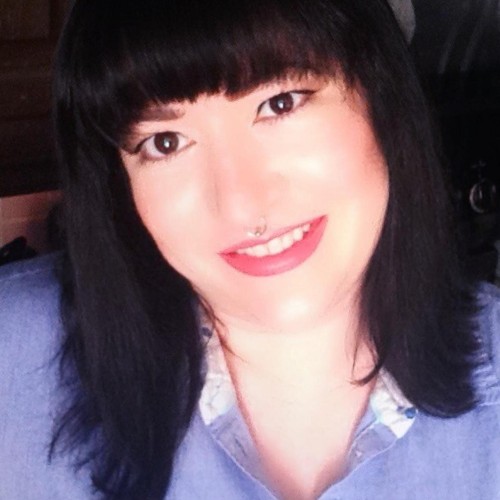 Despite the mistakes I made, this Earl Grey Hot Chocolate was delicious! There's something unexpectedly good about the bergamot flavor of Earl Grey tea mixed with dark chocolate. This recipe is one I want to make again, and correctly this time. First, I didn't buy enough dark chocolate and substituted cocoa powder. It was a little bitter, but some extra sugar mixed into the mugs fixed it right up. I also over-blended the cream and it ended up more like whipped cream instead of the foam topping I was expecting. I'm sure this was because I used an immersion blender instead of a milk frother. None of these issues was the recipe's fault--strictly me not paying attention. It's a testament to how good the recipe it is that I could mess it up and still end up with a tasty mug of hot chocolate!Earl Grey Hot Chocolate
Hungry PinnerPin, Cook, Eat, Review