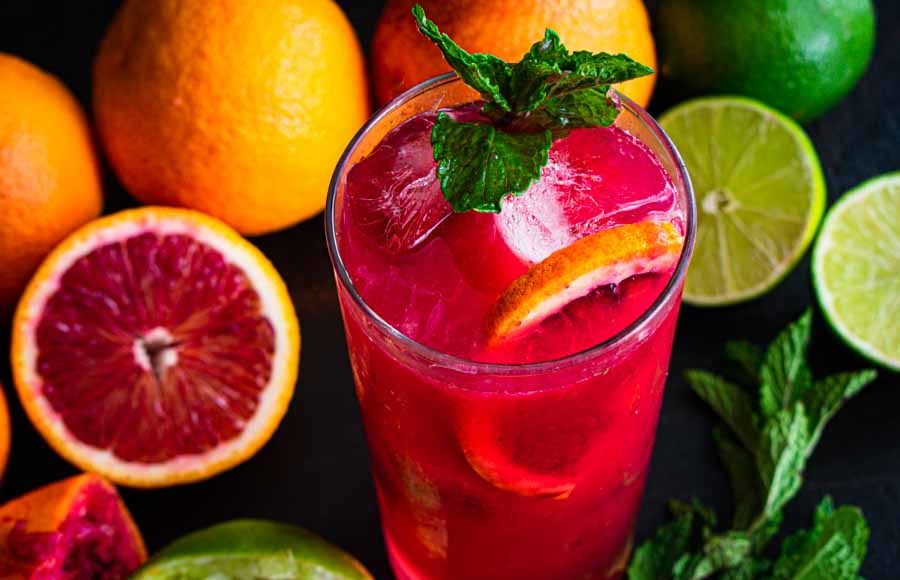 I have tried my share of mojito recipes, but this cocktail never gets old! I’m not really a rum person, but the classic mojito changed my mind. Now I simply can’t resist ordering one when I find it on the menu. And then Pinterest came along, and I discovered soooo many variations. It seems like you can mix in an endless variety of fruits to make mojitos, and I am here for it! This time, I’m trying a recipe that adds blood oranges and raspberry to the traditional rum-based cocktail. I like both, but I’m not sure about combining them. Let’s find out if this Blood Orange and Raspberry Mojito works.

Recipe Author: Mira at Cooking LSL
Get the recipe

I had to buy most of the ingredients for this cocktail. That meant a trip to the grocery store and the liquor store. Most everything was easy to find, but I’ve only been able to find blood oranges at Whole Foods.

The closest looking orange I’ve found elsewhere are cara cara oranges. A little research says they aren’t the same as blood oranges, though. It seems that regular navel or Valencia oranges are the preferred substitutes. They aren’t as pretty as blood oranges, but they are easy to find.

The only ingredient I sort of had on hand was the simple syrup. I say kind of because I had to make my own. It’s very simple, though (pun intended), and I made up a batch the day before I planned on making this recipe. 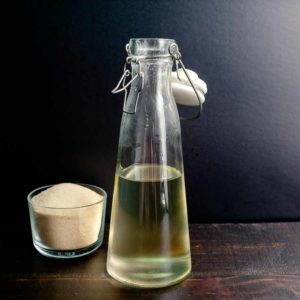 For the most part, making a Blood Orange And Raspberry Mojito is pretty much the same as making a classic mojito. I had mine done in 4 minutes, just short of the 5 minutes listed.

First up was muddling the mint leaves and rum. The trick with muddling is to crush the leaves a little to release the mint oil. You don’t want to break them up. I had a little trouble with this part. The leaves float in the rum, and that made it difficult to muddle them. Tip: Muddle the mint leaves before adding the rum, but be very gentle.

After that, it’s time to add ice, simple syrup, and get juicing. I like to use large ice cubes in my drinks because they melt slower, and I don’t end up with a watery cocktail. That means keeping ice cube trays in my freezer, but they don’t take up much room. Tip: Add slices of blood orange with the ice if you want to use them as a garnish. Adding them after the ice can be difficult.

Juicing the blood orange and lime was simple. I used my citrus reamer instead of getting out the juicer, but the red blood orange did get messy. Be careful if your counters stain easily!

There wasn’t much room for sparkling water after adding everything else, but I did manage to get a splash or two into my mojito. The rum and simple syrup settled to the bottom of the glass, so I made sure to give my cocktail a good stir to mix everything together. Then it was time to take a sip and find out if this beautiful cocktail tasted as good as it looked.

Load more
Blood Orange and Raspberry MojitoI went into this recipe with two questions: Can a mojito be improved upon? And if you have blood orange, do you need raspberry? The answer to both questions is a resounding yes! Don't get me wrong, the traditional mojito is a favorite cocktail of mine, but adding blood orange and raspberry is next level. It's also very easy, but you'll need a fine mesh sieve and an extra minute or so to strain the raspberries. Still, I had my cocktail garnished and ready to sip in just four minutes. Not bad at all!
Hungry PinnerPin, Cook, Eat, Review